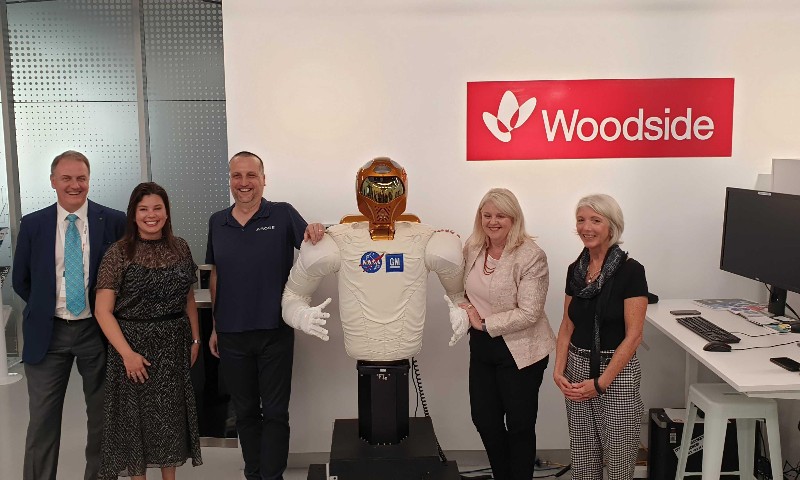 The Morrison Government is backing a new technology project that harnesses opportunities from our deepest oceans to outer space.

Minister for Industry, Science and Technology Karen Andrews said funding would be provided to support a new industry-led collaboration project through NERA.

The AROSE project will power the newly-formed Australian Remote Operations for Space and Earth (AROSE) consortium to map Australia's current technology capabilities and identify opportunities to position Australia as a future hub and exporter of remote operations technology solutions for space.

“These projects are examples of how Australia can lead the next decade and beyond in technology innovation by leveraging our industry knowledge and encouraging the exchange of ideas across sectors,” Minister Andrews said.

“It proves that by getting industry to work together we can see our world-leading energy resources sector expand even further and take on new frontiers.

“Space presents Australia with huge economic opportunities. These cross-sector opportunities will be essential if we’re to reach our goal of tripling the size of the space economy to $12 billion a year and an extra 20,000 jobs by 2030.” Said Minister Andrews.

“Through the collaboration of AROSE and NERA, we can lead the next decade and beyond of technology innovation to support the global space industry and enabling this exchange of ideas and capabilities to deliver back future prosperity for our industries here at home,” said Taylor.

This AROSE venture will seek to understand where sectors have developed solutions and how to rapidly translate those to other remote operations end users to ultimately promote and enable future growth in Australia.

AROSE Chair, Russell Potapinski shares “These technologies are critical to improving the productivity and safety of the energy resources sector, as well as developing transferable skills and technologies that can be of benefit to many other sectors of the Australian economy”

“The $200,000 dollar grant from NERA’s Future Technologies Fund will help AROSE identify and showcase the organisations that either provide these technologies or can enhance their business through the use of these Australian innovations”

“Additionally, this report can be used to showcase Australian organisations to the international community, enhancing export opportunities for our nation” said Potapinski.

“This project will pave the way in identifying developed remote operations solutions and translating them to other sectors, whilst addressing gaps in our current capability.” Colonel Melroy said.

"The McGowan Government is seizing the opportunity to take part in the new generation space race to diversify the WA economy and create WA jobs," Minister Kelly said.

"Last month, I announced $1.5 million to secure the headquarters of AROSE in Perth and I welcome the Commonwealth collaborating with us on this exciting project.

"I look forward to working with my federal counterparts and industry to unlock more opportunities for Western Australia in this emerging sector."

For further information, visit www.arose.org.au and to view the joint media release announced today by the Minister for Industry, Science and Technology, the Hon Karen Andrews MP please click here.