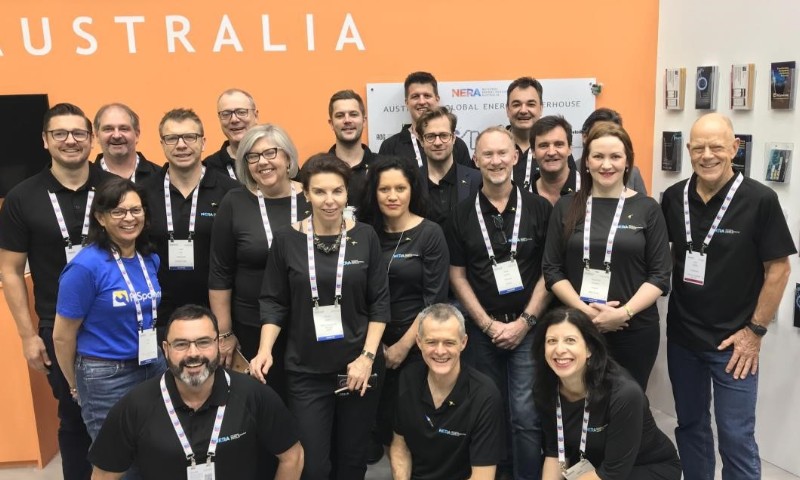 Together with project and industry partners, NERA has celebrated a key achievement by uniting Australia’s energy resources innovation community under one banner at Gastech 2018 — one of the largest oil and gas events on Earth.

More than 30,000 visitors and 700 exhibitors visited Gastech 2018 in Barcelona Spain from September 17 to 20, and through NERA’s work, for the first time in the event's 45-year history, they heard what Australia has to offer.

As part of our first-ever country pavilion at Gastech, NERA brought Australia's top energy and gas technology innovators together to deliver a strong showcase of local innovation, talent and future capability to the world stage, showing the benefits of collaboration across the supply chain.

The opening of the Australian pavilion kicked off with an influx of more than 100 enthusiastic guests and international delegations who were eager to learn about what Australia has to offer the energy resources sector, both nationally and globally.

The Australian pavilion produced a fantastic result, creating global connections for NERA and the participating SMEs and organisations who formed part of the Team Australia delegation. The pavilion provided a four-day hub for industry networking, with Austrade facilitating international delegations and exciting meet-and greet opportunities onsite between Australian and international companies.

Team Australia was honoured to be joined by Australian Ambassador to Spain HE Julie-Ann Guivarra, WA Agent General Mike Deeks, Shell Vice President for QGC, NERA Director Tony Nunan and Bernadette Cullinane from Deloitte, who spoke at the Australian pavilion during the four-day event.

“The companies representing Australia at Gastech 2018 are very much the tip of the innovation iceberg and represent dozens of others throughout Australia who are developing their technologies and service offerings,” Ms Taylor said.

“We were determined to put Australia on the map at this internationally important event for our sector and look forward to continuing our support for each of our Team Australia delegates.”

Gastech 2019 will be staged in Houston, Texas, next year.

The companies joining Team Australia at Gasetch 2018 were: