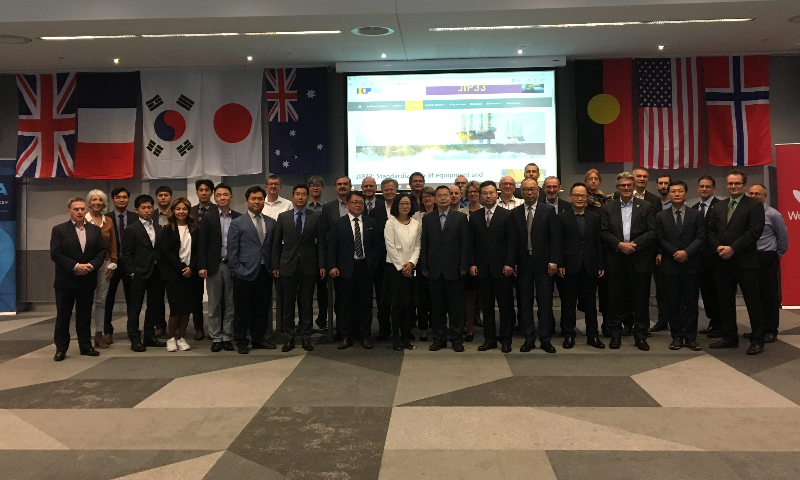 From 19–22 November, NERA and Woodside Energy hosted a successful four-day gathering of the international oil and gas standardisation community.

The event celebrated Australia’s role in unlocking a massive productivity prize for the global oil and gas industry identified by the World Economic Forum. By eliminating waste from oil and gas projects through standardisation, industry leaders have identified a US $60bn capital efficiency prize over four years for the global industry by removing the tendency for projects to make bespoke requirements in procurement specifications. IOGP have indicated 10-20 percent capital saving on new projects via equipment standardisation.

The opportunity for the Australian offshore sector is huge and will deliver long term productivity and competitiveness gains for the next round of capital projects.

NERA CEO Miranda Taylor said the four-day international standards provided a critical opportunity for Australia to participate in important discussions around collaborating on standardisation. Australia and the global oil and gas industry must compete on costs to remain globally competitive and to ensure ongoing investment, particularly given the increasing competition and economics of renewable and other energy technologies.

“This four-day event series brought together regulators, industry and standards development bodies from around the globe and provided an avenue for important discussions surrounding global standardisation,” Ms Taylor said.

“Collaboration is the key to unlock new investment and coupled with standardisation will ensure the industry has a bright future in supplying the world and Australia with affordable, reliable and clean energy for decades to come.”

International delegates were impressed by the political support for the oil and gas industry, as evidenced by the Hon. Bill Johnston MLA, Minister for Mines and Petroleum; Commerce and Industrial Relations; Electoral Affairs; Asian Engagement, for in his Ministerial Address during the NERA showcase event.

Next steps for standards harmonisation

With Australian participation well received, there are several new opportunities for Australia to influence the global picture, such as in LNG and Quality standards, in Metal 3D Printing and in Decommissioning.

Our thanks to our sponsors and partners during the week – Woodside Energy, Chevron Australia, BP, Rosen and Technip FMC and Standards Australia. We’ve made an impression and we look forward to working with all Australian companies and taking advantage of the strong and co-operative connections that were made both at home and overseas.