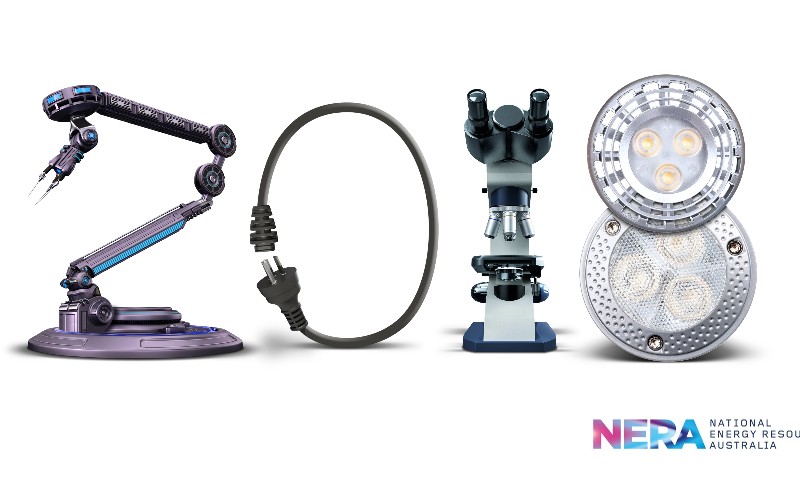 The year ahead will be one of increasing digitisation and automation for the energy resources sector, says NERA chief executive Miranda Taylor.

For those who love exploring - science, history, politics, philosophy, society and the rest - or who just like a darn good tale, the annual festive break provides a luxurious space in time to devote to this. In the fast changing technological and digital world we live in today, exploration and creativity are going to be skills as essential to society as STEM (science, technology, engineering and maths).

My holiday reading this Australian summer included a brilliant Chinese science fiction novel - Death’s End (part three of The Three-Body Problem by Liu Cixin) - a novel on a grand scale. Liu brilliantly deploys hard science and the law of physics to ground the novel and convey a sense of measured reality, whilst simultaneously taking us on a huge leap of imagination to explore the scale of the universe and the consequences of our human choices. As one commentator observed about the novel: “At its core, science fiction capitalises on uncertainty about the future to push the boundaries of the reader’s imagination.”

Death’s End got me thinking about two things. The first is the potential power of stories to convey important messages - if done well and wisely - and the second is the complex interaction of consequences from developing, finding, choosing and applying science and technology solutions.

This was given a somewhat humorous twist for me by a social media post by The Economist that I spotted on Twitter: “plastic-eating caterpillars could save the planet”. In turn, I was quickly reminded of the famous children’s rhyme: ‘There was an old lady who swallowed a fly”. The old woman eats increasingly large animals to deal with the problems introduced by eating the previous animal ie a spider to eat the fly, a bird to eat the spider and so on. The rhyming tale is silly and fun and children love this, but like many fairy tales it has a dark side - the old lady ultimately dies. A clear message would be that solutions can beget different and far worse problems. I won’t comment here on the plastic-eating caterpillars, except to say that the introduction of plastics technology dealt with some serious previous problems and introduced new ones.

In a recent article in The Australian, [January 3 2018] Bjorn Lomborg, Director of the Copenhagen Consensus Centre stated in regards to climate change:

“…goodwill isn’t enough to stop climate change, and history is littered with well-meaning policies that turned out to be unhelpful or even worse than the problems they were meant to address.”

He cited an historical example, Mao Tse-Tung’s ‘Four Pests’ campaign – an attempt to improve crop yields and tackle serious health issues in China through the eradication of pests, one being sparrows. Infectious diseases such as tuberculosis, plague, cholera, polio, malaria, smallpox, and hookworm were endemic in late 1940s China, and at a time of huge political and social transition urgent solutions were needed. The campaign was both a success – the whole population was rallied to enact it - but that very success was an unmitigated disaster for the Chinese people. With no sparrows to eat them, the population of other pests such as locusts ballooned, crops failed and contributed to a famine, and it is estimated that around 30 million lives were lost. Novel agricultural techniques implemented through the Great Leap Forward further contributed to the disastrous effects of the campaign.

So, what does this all mean for the energy resources sector and Australia broadly as we move into 2018?

One thing we can be 100 percent sure about as 2018 speeds up, is that the convergence of technologies and innovative business models, and the rapid development of new energy sources and electrification, will disrupt industries, economies and society. But - and it is a huge but - we must make informed, strategic choices, understand the consequences (intended and unintended) of those choices when combined and take action collectively. Without doing this, we create the potential to create our own sector’s version of China’s Four Pests campaign.

Over the next five years, energy resource companies will be working to drive productivity improvements and optimise existing assets, develop and access talent and knowledge to adapt digital and automation technologies, and create new value and growth areas and innovative business models. At the same time, those companies need to look forward to a decarbonized economy, anticipate technology disruptions and diversify.

Working together we can tackle big challenges, and successfully transition Australia into a fair, smart, high value, digital, export-focused economy, and the energy resources will be well placed to provide Australia with reliable, secure, cost effective and decarbonized energy for decades to come, while simultaneously growing a strong domestic industry of technology and service providers, and generating future focused jobs.

In 2018, NERA will continue to work with you to create connections for growth, and help unlock new commercial opportunities through collaboration between industry, SMEs, supply chains, entrepreneurs, investors and the scientific and research community.

Our focus this year will be to support the increasing digitization and automation of the energy resources sector, informed by the growing role of sensors, data, machine learning and AI to provide insights and inform action. We will also be working to deepen the connections between the research sector, particularly PhD students, with innovative SMEs to develop and commercialise digital technology in partnership with larger supply chain companies and contractors and miners/operators. A key action will be to support the researchers and end users to come together with innovative SMEs to co-create and commercialise solutions – with the start-up and SME sector most able to be agile and innovative.

NERA welcomes you all to 2018, and may we not eat a spider if we should swallow a fly without rigorously framing the problem first.